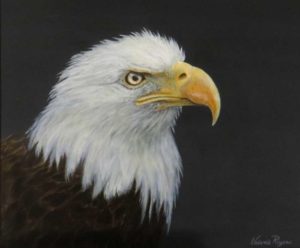 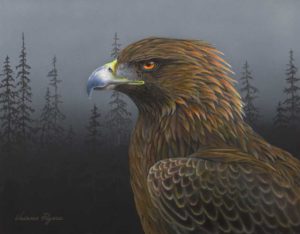 Just thinking back to an exciting summer story. We were out on our boat and we were lucky enough to see an eagle swimming for the first time. We were out fishing (catch and release) on the lake. My husband released the fish with a quick twist of the hook and as he was putting the rod back into the rod holder. Suddenly an eagle dove down from the top of the lakeside trees and grabbed at the fish that was just starting to retreat down to the depths. Totally startled by the splash we watched in amazement as the huge eagle laid with wings completely spread out on the waters surface. He was still.

It wasn’t clear if he was injured or fighting with the fish below the water.  While we waited, so did he. After a few long moments, he started to swim in great big butterfly type strokes toward the distant shore.  It was amazing how he easily and steadily swam to shore.  I was worried that perhaps it would be too much for him. Maybe we would have to perform a rescue which I was cleverly devising as we watched. I have heard that eagles can not remove their talons when they sink them into the flesh of a fish and therefore can not release the prey to fly.

About 15 feet from shore he climbed up on a log. But rather than rest there he hopped right over it and continued the swim to shore. When he arrived he only gave one big shake to throw the water from his feathers and then went to work eating his lunch. This eagle never seemed to be distressed by his swim and was only annoyed by the arrival of ravens that hoped to share his lunch.

When I arrived home a quick check on line proved that eagles can in deed release their talons. It is a reluctance to let their prey go that necessitates the swim.  Unfortunately I did not have my camera with me. But the image is in my mind and may become a painting. Always so incredible to see wildlife in action!